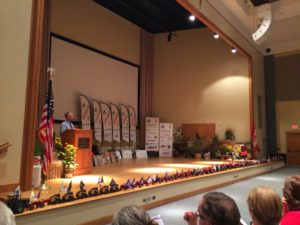 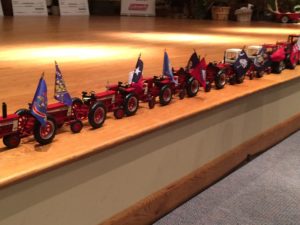 Tractors provided by Case-International were given to each team designated by state/provincial flags. 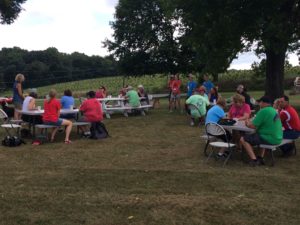 The 2017 NCF Envirothon is now in the history books.  The event ran from July 24 through July 28 with 54 teams competing representing the United States, Canada, and 2 teams from the Republic of China.  Mt. St. Mary’s University served as the host for the event.

After a week of intense competition, the team from Pennsylvania emerged as the winning team with New York and New Mexico holding down the next two positions respectively.  Each received a cash award provided by Smithfield Foods.  The home team from Maryland finished in 10th place.  The participants toured Washington D.C. on Wednesday and were treated to a Maryland crab feast that evening at Sandy Point State Park.  Tours for the coaches and chaperones also visited the Gettysburg and Antietam Battlefields as well as local farms and agri-businesses.